Winter Is Hanging On!

The cold weather has been lingering, and as a result the syrup season has stretched out a little longer than we thought it might.  Dad was up last night doing a(nother) midnight boiling session, and he said it was snowing like crazy!  There was an inch of snow on the ground at the farm this morning: 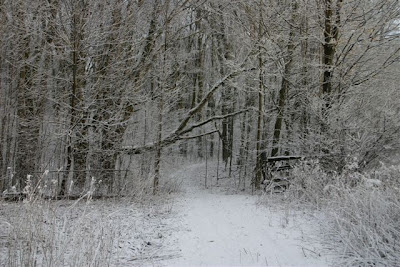 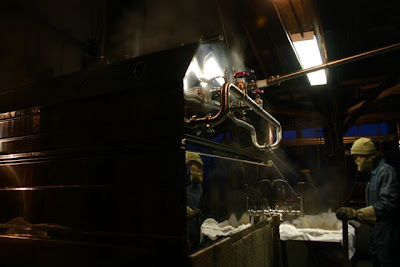 What a difference a year makes.  Last year we had July weather in mid-March and the syrup season lasted 10 days.  This year, we have had five weeks of sugaring and it's colder today at the end of the season than it was back in early March when we started. Dad says in 41 years of making maple syrup he's never had two seasons the same!
Posted by Carley McCutcheon at 9:23 PM 2 comments

Despite the strange April weather, the sap is still running! The weather has been cooler this week than predicted, complete with a "winter storm watch"! The sap is running today, and we hope to collect some tomorrow as well. We will be open this weekend from 1pm - 5pm daily. We do anticipate that this will be the final weekend, so now is your chance if you would like to visit while we are still in production. For visiting hours after this weekend, please call (705) 835-5780 to arrange at time.
Posted by Carley McCutcheon at 11:28 AM 0 comments