It's clean-up time at McCutcheon's! We are in the process of washing and taking down our lines, and cleaning up our equipment for next year. Now that the snow has melted, we are finding many spiles are now too high to reach! Jesse even had to build some special reaching tools for us so we can pull them out! 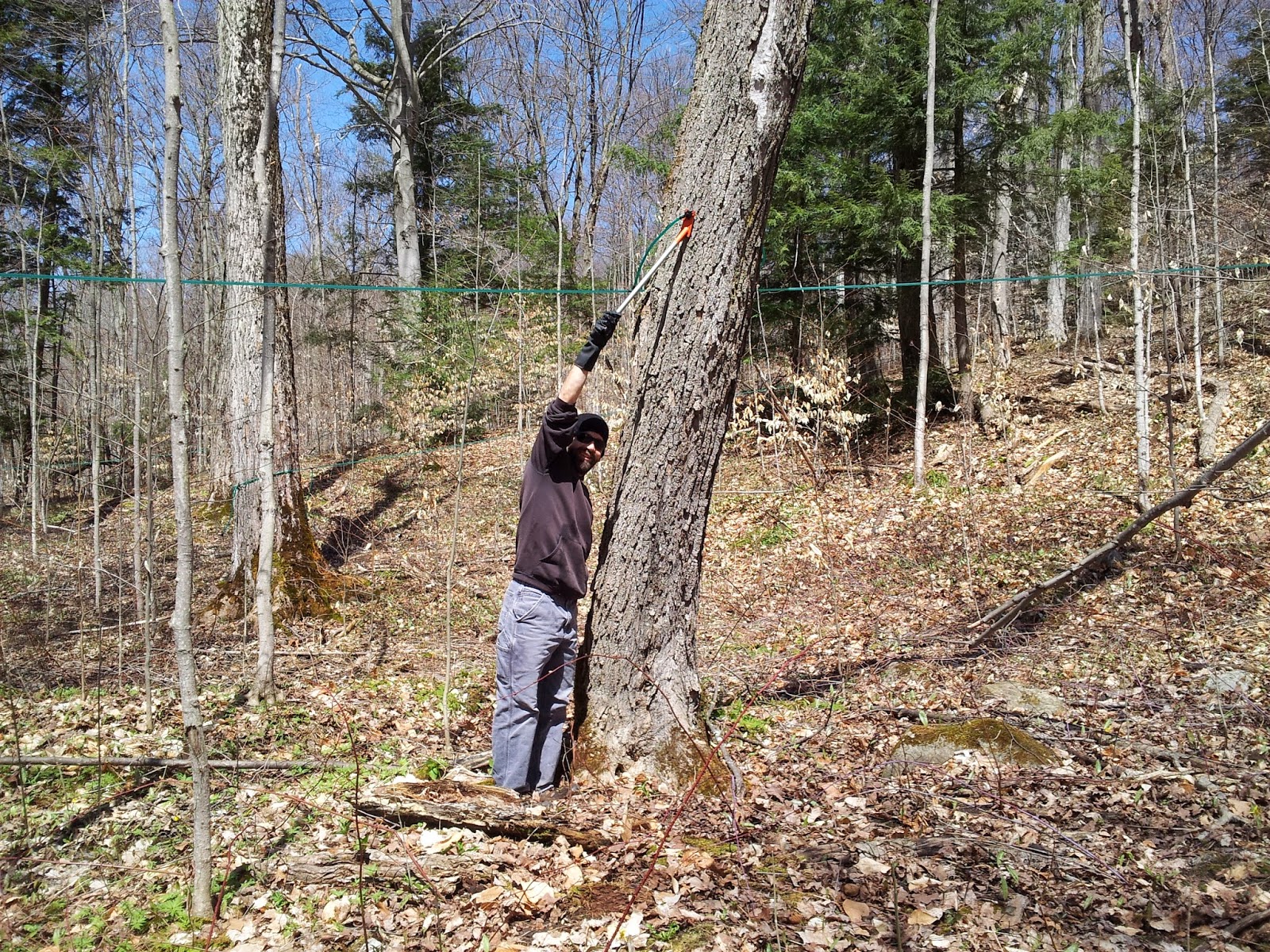 would have to be tall to reach this one!
We are no longer keeping regular hours at the farm, so if you would like to arrange a visit, please call (705) 835-5780. You can also find Ken & Rene at the Orillia Farmers' Market now, at the new library location on Saturday mornings.
Posted by Carley McCutcheon at 8:01 AM 0 comments

Last Sap Of The Year

Sunday April 20th was our final sap day of 2014.  It was -4 overnight on Sunday, and this afternoon it  got up to +24! The grass is turning green, the spring peepers are singing, and the syrup season that took so long to get here is finally over. 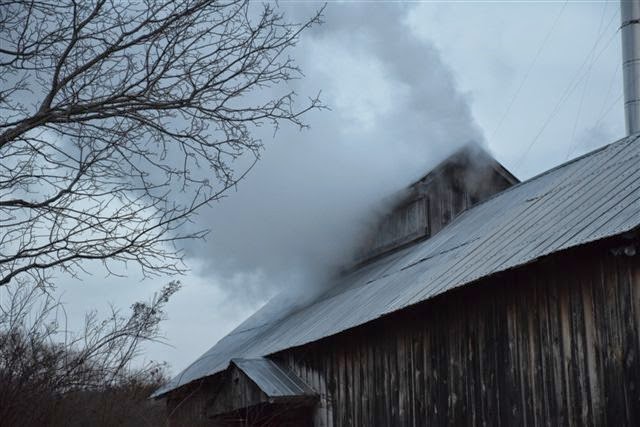 With the extremely late start to the sap run, we were fearing for the worst.  However, once the flow began, we did get three solid weeks of good sap weather and came out in the end with about an average crop - not bad considering.

We will no longer be keeping regular hours at the farm, so please call ahead to arrange a visit ~ (705) 835-5780.  You will find us this weekend at the annual Elmvale Maple Syrup Festival.  Fingers crossed for a beautiful day!

The season has been pretty consistent since it began on March 28th; we have collected small runs of sap every day since then, and our stock of maple syrup is slowly growing.  With the late start to an already short window of opportunity, we are hoping that the season will hang on just a little longer.  The forecast does look like it has some cool overnight temperatures for this coming week, so hopefully we are not finished yet.  With it now being mid-April, significantly warmer temperatures and the end of our frosty nights are surely close at hand. 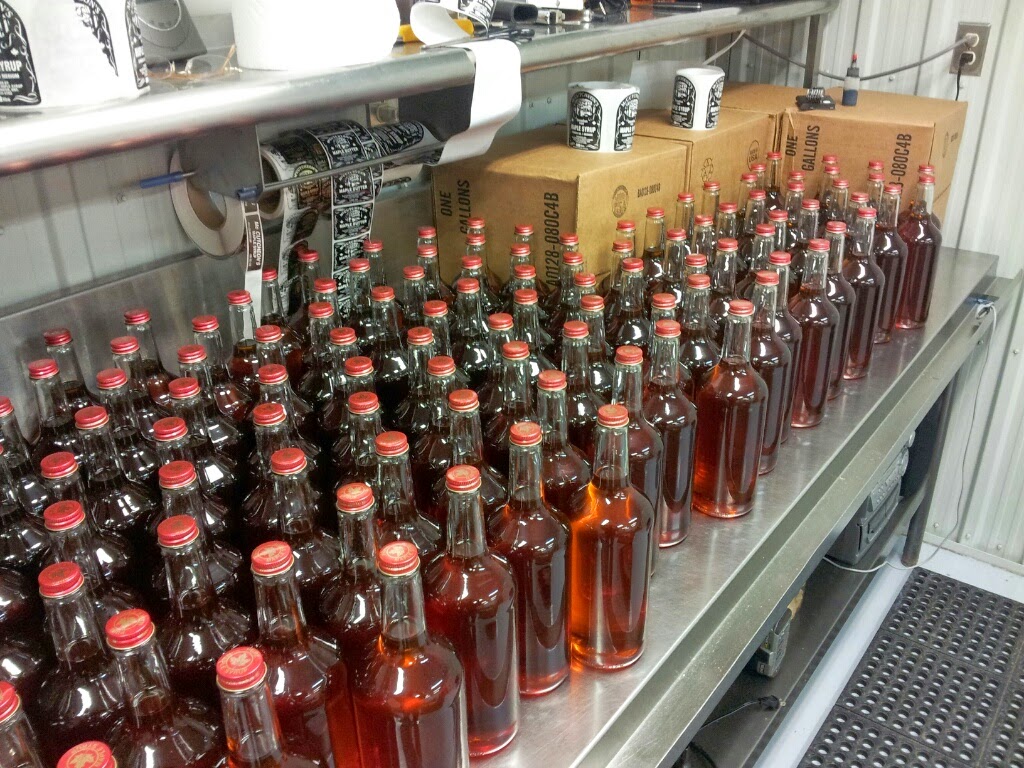 In addition to collecting and boiling sap every day, we have been hard at work bottling up all of the fresh syrup.  The Elmvale Maple Syrup Festival is on Saturday, April 26th this year, and we always anticipate a big crowd!  We continue to be open at the farm from 1pm - 5pm daily, and will be open through the entire Easter weekend.  Come by and stock up on spring sweetness!
Posted by Carley McCutcheon at 6:51 PM 0 comments 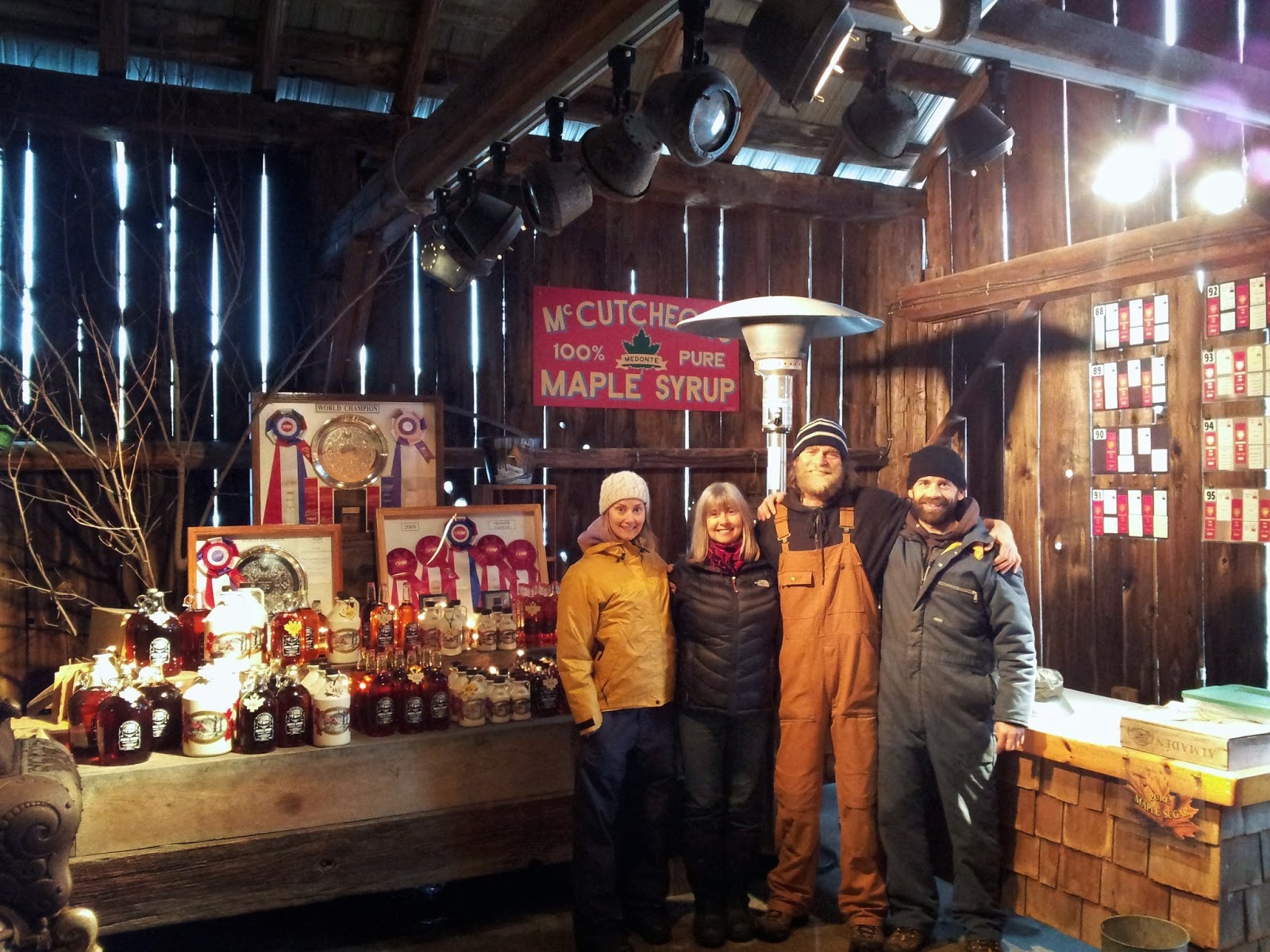 We are happy to say that our sugarhouse shelf is finally stocked with delicious, fresh 2014 maple syrup!  Our opening day is tomorrow, Saturday April 5th, and we will be open from 1pm - 5pm daily.  Hope to see many of you soon!
Posted by Carley McCutcheon at 5:21 PM 0 comments 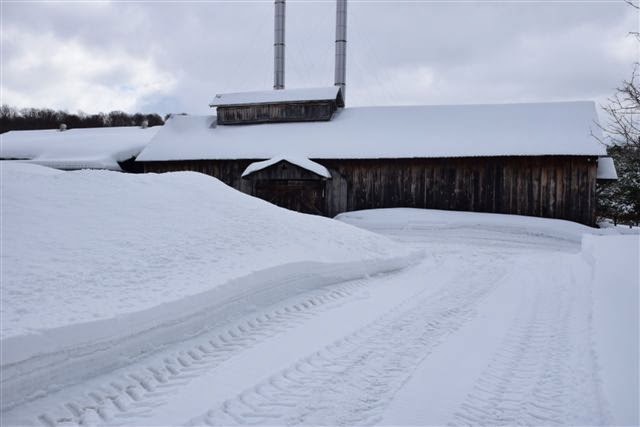 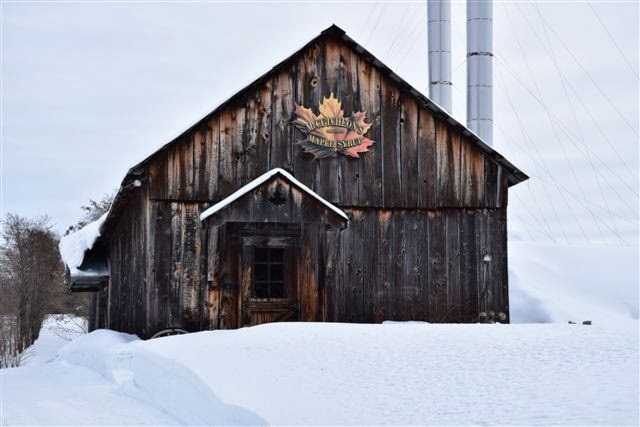